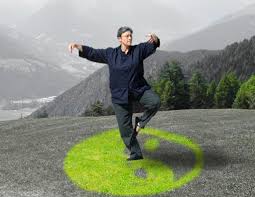 According to two small studies published in the British Journal of Sports Medicine in April 2008, Tai Chi exercises can improve blood glucose levels and improve the control of type 2 diabetes and immune system response.

Tai Chi is a Chinese martial art that combines diaphragmatic breathing and relaxation with soft, gentle movements. It is considered moderate exercise, which has previously been shown to improve immune system response, in contrast to strenuous physical activity, which depresses it. Previous studies have shown that it improves respiratory and cardiovascular function, while improving flexibility and relieving stress.

Type 2 diabetes is a form of diabetes that usually sets in later in life. It is associated with chronic inflammation cause by increase glucose levels in the blood, known as hyperglycemia. When there is excess blood sugar, it can combine with hemogloben, the oxygen transporter in the red blood cell, it can become glycated hemogloben. This can be used to indicate the levels of excess sugars.

In a first study, the investigators sought to analyze the impact of a 12 week Tai Chi Chuan exercise program on helper T cell activity in 30 patients with type 2 diabetes, and contrast this with 30 healthy people of the same age.

According to these responses, it is possible that Tai Chi can prompt a declination in blood glucose levels, perhaps by improving blood glucose metabolism, prompting a decrease in the inflammatory response. In an alternative explanation also suggested by the authors, the exercise may boost levels of fitness along with a feeling of well being — this in turn may boost the health of the immune system.

A second study in the same issue, investigators focused on adults with metabolic syndrome. This is a group of symptoms including hypertension and high blood glucose which are associated with increased risk of cardiovascular disease and diabetes.

A 12 week program of Tai Chi and Qigong was administered to 13 patients with metabolic syndrome for up to 1.5 hours up to 3 times a week, while being encouraged to perform the exercises outside of the classes.

At the end of 12 weeks, they had lost an average of 3 kg in weight and had dropped waist size by almost 3 cm. Additionally, the blood pressures of the subjects fell significantly more than exercise alone can account for, according to the authors. Insulin resistance also fell, indicating a decreased predisposition for type 2 diabetes. Participants additionally claimed to sleep better, have more energy, feel less pain, and have fewer cravings for food while participating in the program.

Notably, three patients no longer met the criteria for metabolic syndrome after this test.